All content on this site is ©Peggy Lee, unless otherwise noted. You are welcome to link to anything here, but please do not use without permission.
In a lovely stroke of timing, Dong and I had the weekend of July 4th off… and that means 3-day weekend baby! It would have been great if we could’ve had that Friday off as well, but I’m not going to quibble. Three still > two. And that’s plenty of time for us to go on a little Canadian adventure to Ottawa, the capital city of all Canada. That’s right… the whole country. It’s the Canadian Washington D.C.!

Okay true… when you think of Canada, Ottawa doesn’t exactly pop into your mind. In my mind, the order goes something like Toronto, Montreal, Vancouver, Quebec City…. etc. So I suppose you could say I went into the trip with pretty low expectations. But it really surprised me with how pleasant and scenic it was.

Otttawa is pretty close to Syracuse, less than 4 hours. Honestly, all that driving doesn’t even faze me anymore after all the driving one has to do for work. It’s just amazing that you can be in another country in such a short period of time! So after a fairly short 3.5 hour drive (where we almost forgot to bring our passports!!) we found ourselves in downtown Ottawa, navigating the underground basement of the Marriott Ottawa, where we would be staying. The hotel is pretty standard, although when we came it was pretty busy since everyone was checking in. Honestly it was a little hectic… and they didn’t have our room ready even after the guaranteed check-in time at 3:00…. so we ended up leaving our bags with the bellhop and going out to scrounge for food. 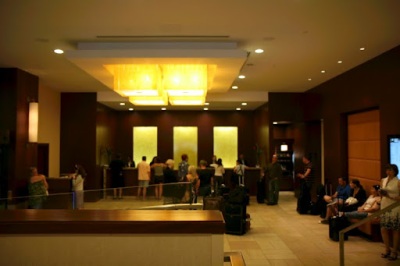 Unfortunately we came at that nebulous time between lunch and dinner, when restaurants have finished up lunch and have closed to gear up for dinner. Ahh! We ended up at an Eggspectations, which is apparently a chain restaurant in Canada that serves breakfast food all day. Kind of like a classier diner.
The food was pretty good, although I think at that point we would have been happy with anything! There were also a few Halal places that Dong really wanted to try… which were closed. HA! The huge spinning wheels of meat rejected us.
When we came back, our room was finally ready so we dropped off our bags, checked out the view (17th floor so Dong was very scared of the full-length windows) and then we were on our way! First stop was to get onto Wellington Drive, which contains many of the government buildings of Ottawa.
All over the city are these bicycle rental stations, where you can get a bike for $5/day or $12/3 days. We really should have done this but I was kind of scared to ride the bike on the streets. Plus there weren’t any helmets to rent… But really, Ottawa seems like a pretty good city to bike in. We saw plenty of people biking, the streets were well-paved and also pretty empty (might have been because it was the weekend), and we constantly gazed wistfully at bikers gliding by us while we slogged on by foot. 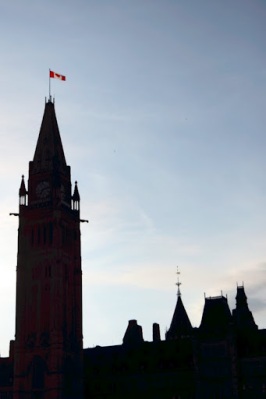 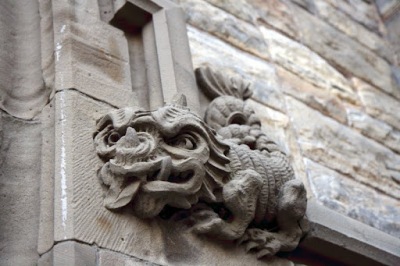 On Wellington Drive, you can pass by the Supreme Court of Canada and Parliament Hill, which is composed of the Left Block, the Center Block (with the Peace Tower) and the Right Block. We had come the day after Canada Day so they had a huge stage still set up in front of the center block, which didn’t allow for good wide shots. Still it was a great walk the buildings are just so impressive!
Farther down the block is the Fairmount Chateau Laurier, one of the most famous hotels in Ottawa. It seriously looks like a castle! It has a great location right next to Parliament Hill and the Rideau Canal, the famous canal which winds through the city. The Rideau Canal is used for water sports like kayaking and boating in the summer and in the winter freezes over into a long skating rink. So cool!
We walked over to the Byward Market, which is a busy downtown touristy area full of restaurants and shops. In the morning there are farmers markets with veggies and flowers, but by the time we came it was dinnertime and the streets were crowded with people seeking food. Our first night we ate at Play Food & Wine, a restaurant that I looked up on Yelp. Since we didn’t have a reservation we were seated at the kitchen bar, where we basically got to watch the chefs in their crazily efficient dance of food preparation. The restaurant basically does small dishes and pairs them with wines, but being teetotalers we basically focused on the food aspect. It was still… pretty damn good.
It was delicious! Although they might have thought us strange for not doing the wine pairings. Anyway it was cool to watch them in action, and you knew that your food was totally fresh since they were preparing it right in front of you. Just awesome.

After our meal we wandered the market a bit more, and finally made our way back to the hotel. It was seriously a lot of walking, and for two people who are used to driving to work and then maybe standing/sitting for 12.5 hours, that is a recipe for a good night’s sleep!

The next morning we got our food at The Scone Witch, specializing in obviously recipes with scones. A little pricey but it was intimate and cute, and the food was pretty filling. Scones! Just the word itself is great.

And then off we go! We managed to catch the tail end of the changing of the guard (isn’t that the crux of it anyway?) and then we headed through Byward Market in the daytime to catch the farmer’s market in action. Close by Byward Market is the Basilica Notre Dame and the National Gallery of Canada, a huge art museum. 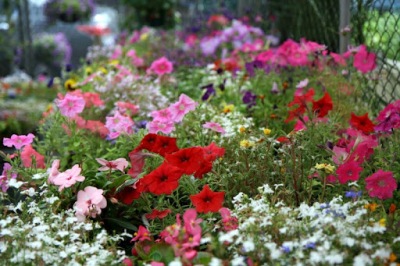 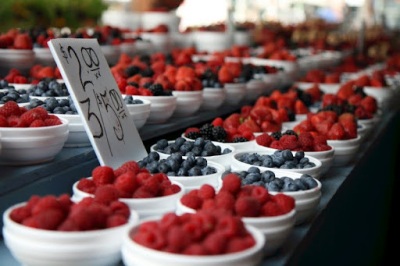 I really wanted to go inside the Basilica Notre Dame but seeing as it was Sunday at around 10:30 AM, there was a service going on and it’s just not right to snap pictures when people are praying. So we headed farther down to the Royal Canadian Mint, where we would end up dropping some serious gwap. That’s right… gwap.

We went on a tour of the mint, which now does commemorative coins rather than circulation coins, and learned about the coin making process. It’s pretty interesting, to see how chunks of silver/gold get turned into pretty shiny coins. And the design making process is pretty cool too. They also did the medals for the recent 2010 Vancouver Olympics! Nice. We weren’t allowed to take pictures during the tour, unfortunately. At the boutique store, we just had to spend money on coins… Dong sees them as a good investment for the future and I think they look nice.

By the time we left the lovely air-conditioned goodness of the Mint and came back to the Basilica, the 10 AM service was done… and then the 12 PM service was happening. Doh!!! That’s called bad timing mmkay? So we decided to break at the Byward Market and have a quick snack and rest. It is really hot and tiring to play tourist, let me tell you. I really need to get my stamina up for Paris.

We finally got to go inside the Basilica. I really love going into churches… there is such a sense of peace and timelessness about them. Plus they are almost always terrific examples of architecture and they are very lovingly decorated. Say what you will about religion but they know how to make nice buildings. 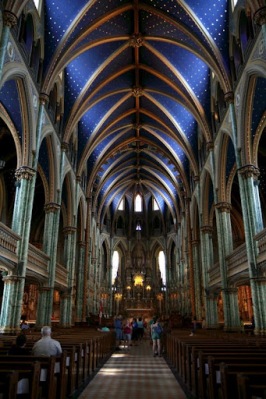 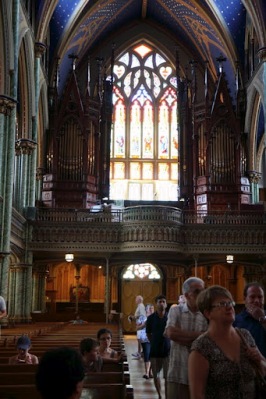 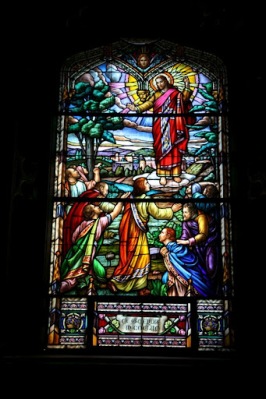 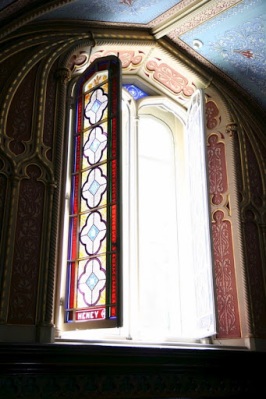 After that…. well, at this point we were pretty tired. I guess I did not know the toll that all the walking around would take on us, especially on a hot July day. And my feet were getting blistery from my sandals… definitely not the ideal footwear for the enterprising tourist. So after a recon stop at Chapters (big Canadian bookstore chain with FREE WIFI!) I decided that we could go on a Lady Dive amphibious bus tour, which would get us off our feet while also informing us about the city. The bus was freaking hot…. but at least we were sitting while the tour guide chatted up front in French and English about the various charms of the city. We passed by a lot of what we had already seen, and then we crossed the Ottawa River to the city on the other side, Gatineau, and eventually we got to the best part – going into the river! Whee! Some nice shots from the river…. it was really pretty. The stiff breeze coming off the water was nice too.

All too soon, we were back on land, and it was time to forage for our next meal. This time Yelp led us to an Asian fusion restaurant Taste that was very empty, maybe because it was that no-man’s-time of 4 pm? A nice late lunch followed by a trip back to the hotel… for a next pre-dinner nap. ZzzzzZZZzzzzz.

After that… oh god… so hard to wake up from a nap… We had to get up and find ourselves a nice late dinner. We ended up back at the Byward Market, where my original quest to find a restaurant from Yelp (mexican food!) was supplanted by our aching feet and rumbling tummies, so we stopped into Shafali for our Indian food fix. Eh, I can’t say it was much to write about. Pretty serviceable food and it was open late (we left around 10:30) so there’s no complaining. But geez we were tired. I think 2 days just about does it for us, hehehe.

Our last morning in Ottawa! And we spent the first part of it back in the Royal Canadian Mint, spending more money on coins. I guess we’re going to be coin collectors from now on…! And then finally breakfast, courtesy of Zak’s Diner in the Byward Market: 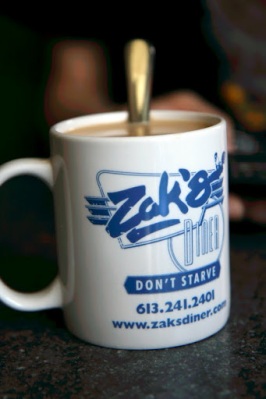 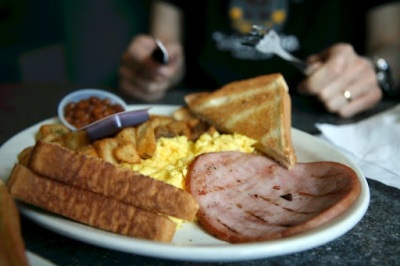 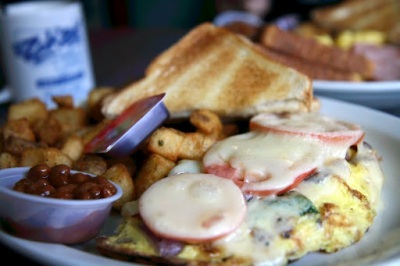 Phew! That’s it! A delicious end to a fulfilling and tiring weekend trip. Geez. Time to sleep……

Ooh I totally forgot that today is Canada Day! Our neighbors up north are celebrating today, yay for them! Especially in the city of Ottawa, where the new Duke and Duchess of Cambridge are visiting. Man I bet they are throwing them one wild party up there.

Dong and I will be heading up to Ottawa as well for the weekend. Time to spot the royals!